Zack is a young and ambitious member of SOLDIER. Even though he does get the job done he is still arrogant which almost costs him his life. He is eager to impress his superiors, but especially his mentor and friend Angeal. For that reason Angeal affectionately refers to him as a puppy to others. Zack is a very loyal person and fully believes in SOLDIER and the purpose of the missions. He is also very loyal and kind to his friends and those he meets. He has a positive personality which does however hamper him from understanding why people do evil things. 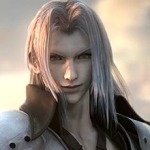 While still in the womb Sephiroth was injected with J cells which gave him extraordinary abilities. He is unaware that he has been altered through most of his life. He is raised by Shinra to be a soldier. Little did they know he would become the worlds greatest SOLDIER. His superhuman abilities put him above everyone else in mission execution. He has a quiet demeanor that looks quite intimidating, but he does have moments where he will open up to those close to him. When he joined SOLDIER he became best friends with Angeal and Genesis. Like them he has one wing, but his is black and coming out of his right back.

He is Zack’s mentor and friend to help him to 1st Class. He is very morally straight and keeps his composure constantly. The huge Buster Sword he carries on his back does not seem to get used much which he explains, because “Use creates wear, tear, and rust”. He wants to keep it in pristine condition, because his father payed to have the sword made when he joined SOLDIER. The sword cost all of his fathers savings so it is a representation of his familys honor. Angeal was also injected with G cells while still in the womb. Though he does not have Genesises degeneration he does have two white wings that come out of his right back. He spends a lot of time deciding if they are the wings of an angel or the signs of a monster. 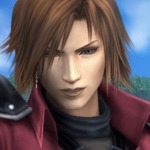 Genesis grew up in a wealthy family in Banora where he became best friends with Angeal; who would go on to join SOLDIER with him. Upon the discovery of the play LOVELESS in his parents study as a child he instantly fell in love with it. He pictures himself as a part of LOVELESS in some of his reasonings. He frequently retells act’s of the play to Angeal and Sephiroth who have LOVELESS almost memorized. Genesis was injected with G cells while still in the womb which is causing him accelerated deterioration. He also has one black wing coming out of his left back which he calls the mark of a monster. He decides to go rouge and take as many SOLDIER members with him as possible in an effort to obtain a possible cure. 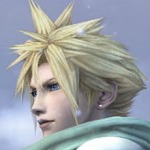 Cloud grew up in Nibelheim with his best friend Tifa and as kids he promised he would some day get into SOLDIER so he could protect her. Unfortunately he didn’t reach his goal and was placed in the general Shinra army. He still tries to do everything he can to get stronger though so he can achieve this dream. When he returns to Nibelheim he keeps his helmet on so Tifa does not see him. He feels ashamed that he could not stay true to that promise. While in Nibelheim he does show his strength when he stands up to Sephiroth and tries to stop his rampage. There he is injected with J cells which will change his life forever.

Aerith is one of the few remaining people know as Cetra or Ancients. They are a race of people who lived long ago who could communicate with the planet and the lifestream. With this power she grows flowers in a church in the slums. She is the only one the flowers want to be tended by and they are the only flowers in all of Midgar. When she meets Zack he tells her she should sell them for money so she can plant more flowers around Midgar. Since she is a Cetra the Turks keep watch of her constantly to make sure no one else tries to use her power until Shinra is ready to use.

Yuffie is the daughter of the leader of Wutai. Being in such a position she has great patriotism for her land and feels it is her duty to defend it. When she meets Zack she easily “defeats” him and runs away to inform her people that Wutai is free from Shinra influence. She appears later to use your strength to hunt for rare items. 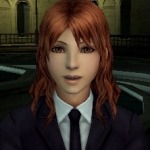 Originally an orphan she was taken in by Shinra and trained extensivly since then. She is the youngest member of the Turks and belongs to a secret division of them. Secrecy and emotional disconnect are key, but after meeting Zack she starts to develop and learn about friendship. 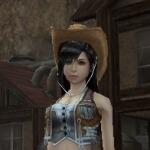 As a child she was best friends with Cloud. She is optomistic and cheerful which Cloud was drawn to. Cloud promised he would get into SOLDIER so he could protect her. After he left she became a tour guide for Nibelheim always waiting for Clouds return. 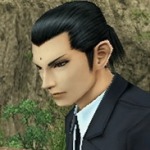 Occupation: Leader of the Turks

As the leader of the Turks he keeps total calm and in control while executing missions. He will do anything to complete a mission, but is willing to set aside differences to complete a common goal. 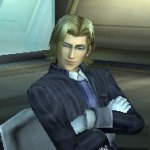 Occupation: Director of the SOLDIER program

What Lazard lacks in physical strength he makes up for in his ability to analyze and lead SOLDIER. He does not usually enter the battlefield, but he commands SOLDIER from afar to success with well thought out plans and ideas.