Most worlds have a dozen or so lucky emblems to collect. In Olympus, there’s 12 of them to find. You won’t find them all in your first visit to this world, so you’ll need to come back later to explore the newly restored city of Thebes. 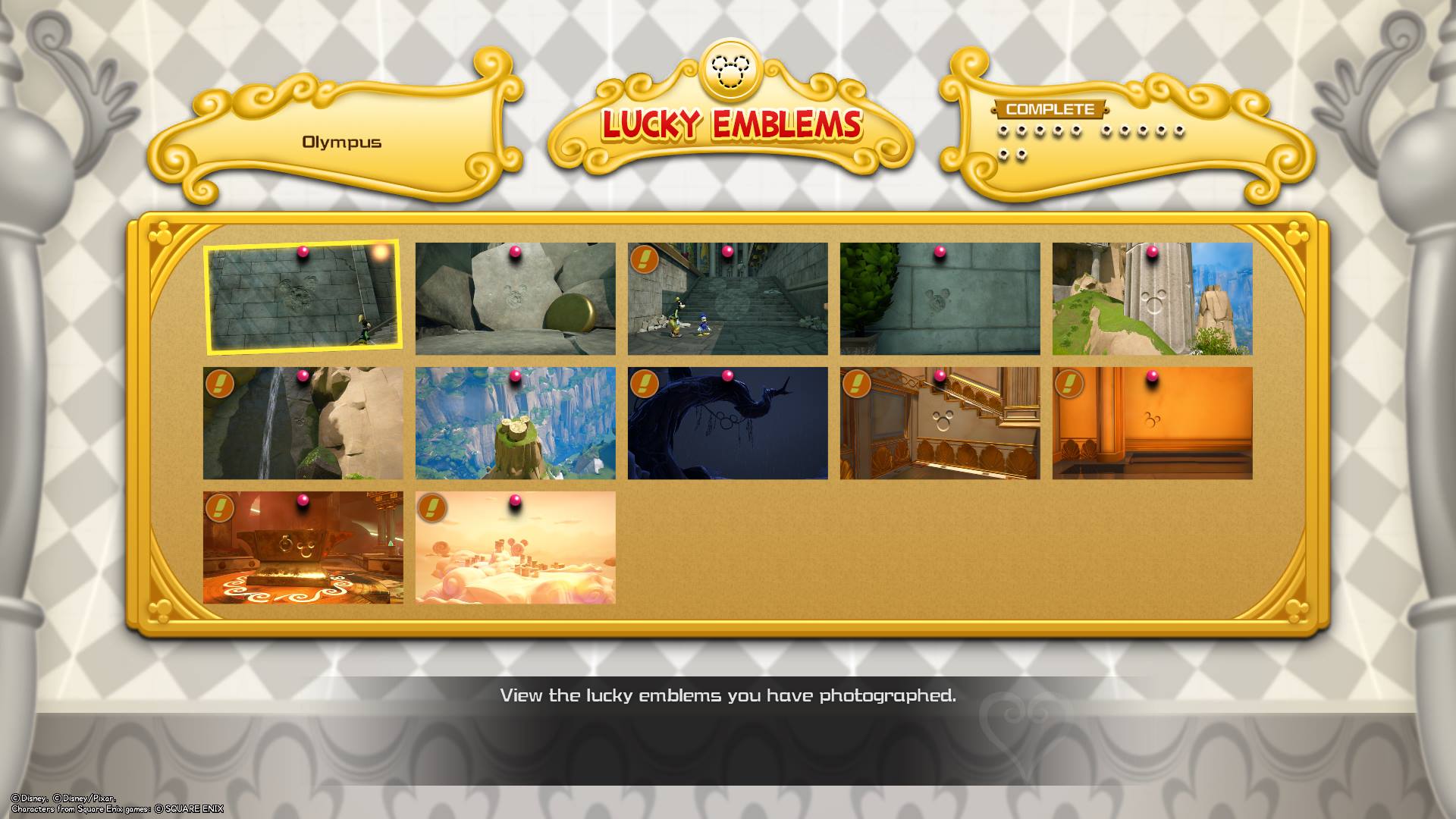 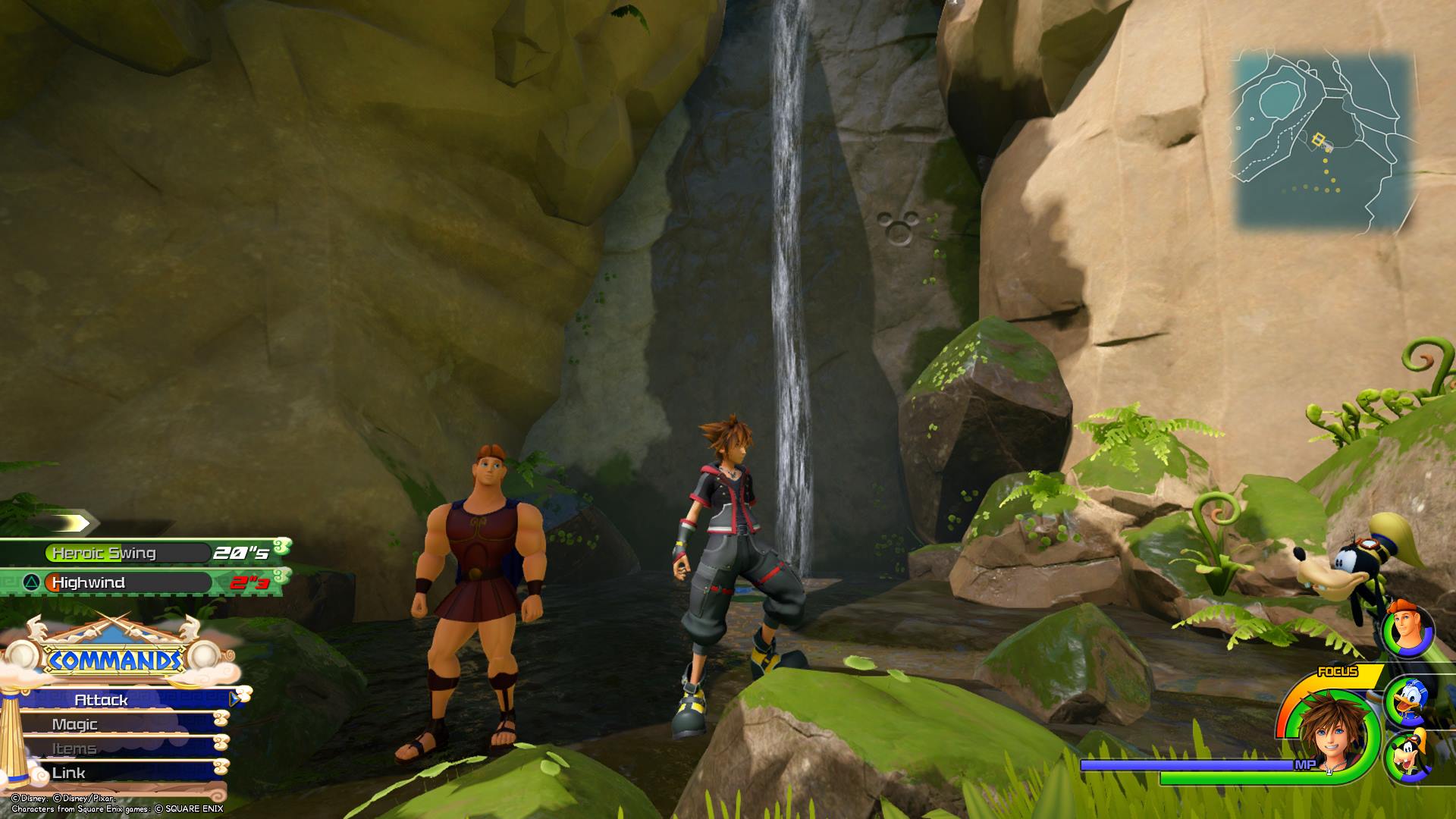 At the Cliff Ascent section at the beginning part of the world, you’ll find the emblem on the side of the waterfall after you’ve defeated the nearby heartless. It’s in the first waterfall section, up the right side of the mountain instead of the usual left path. 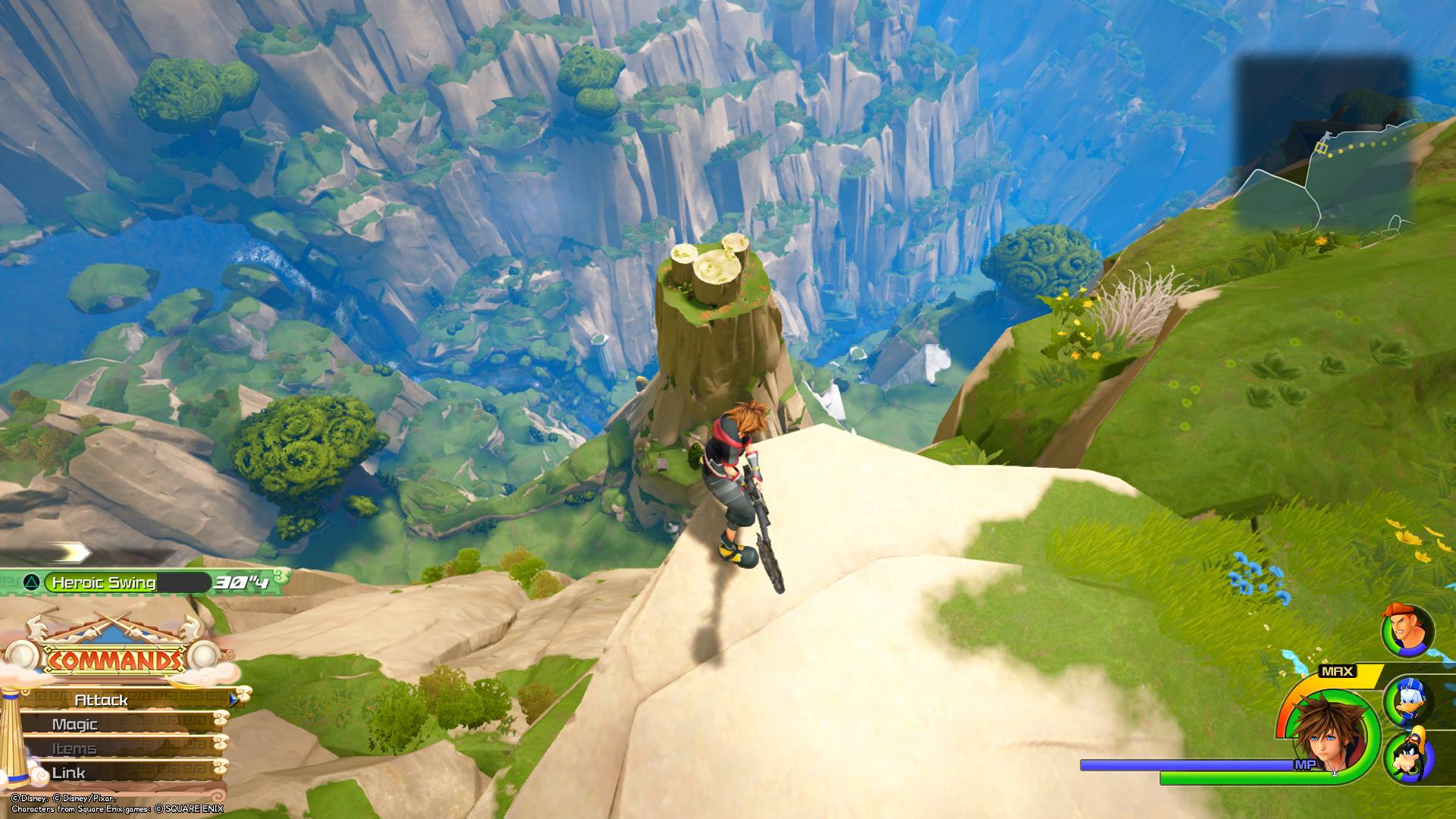 Before the stormy section of Cliff Ascent, look down the mountain. You should see the lucky emblem formed out of tree trunks. 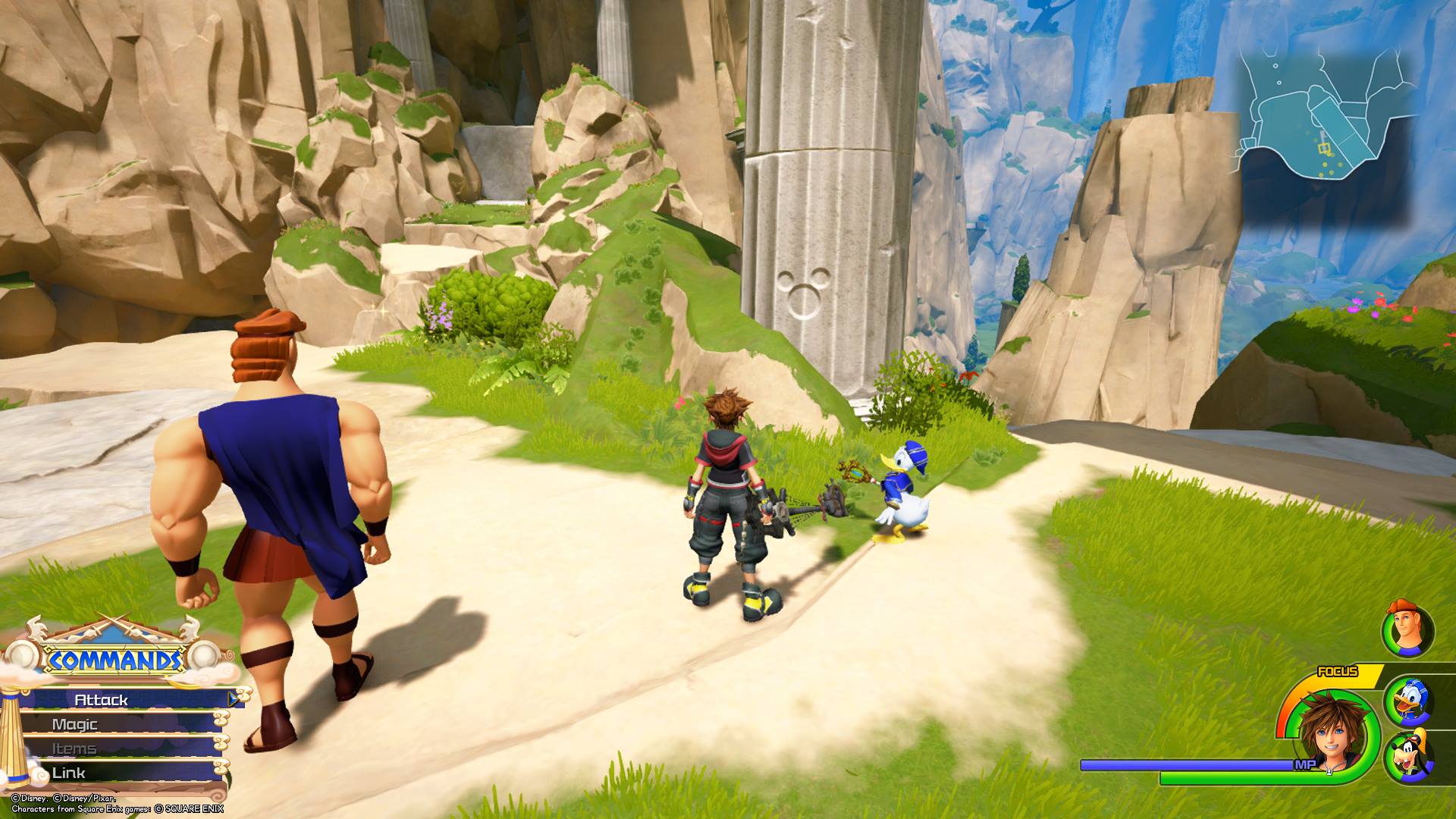 Near where you found #2, you’ll find a few standing pillars. On one of them is the third emblem. 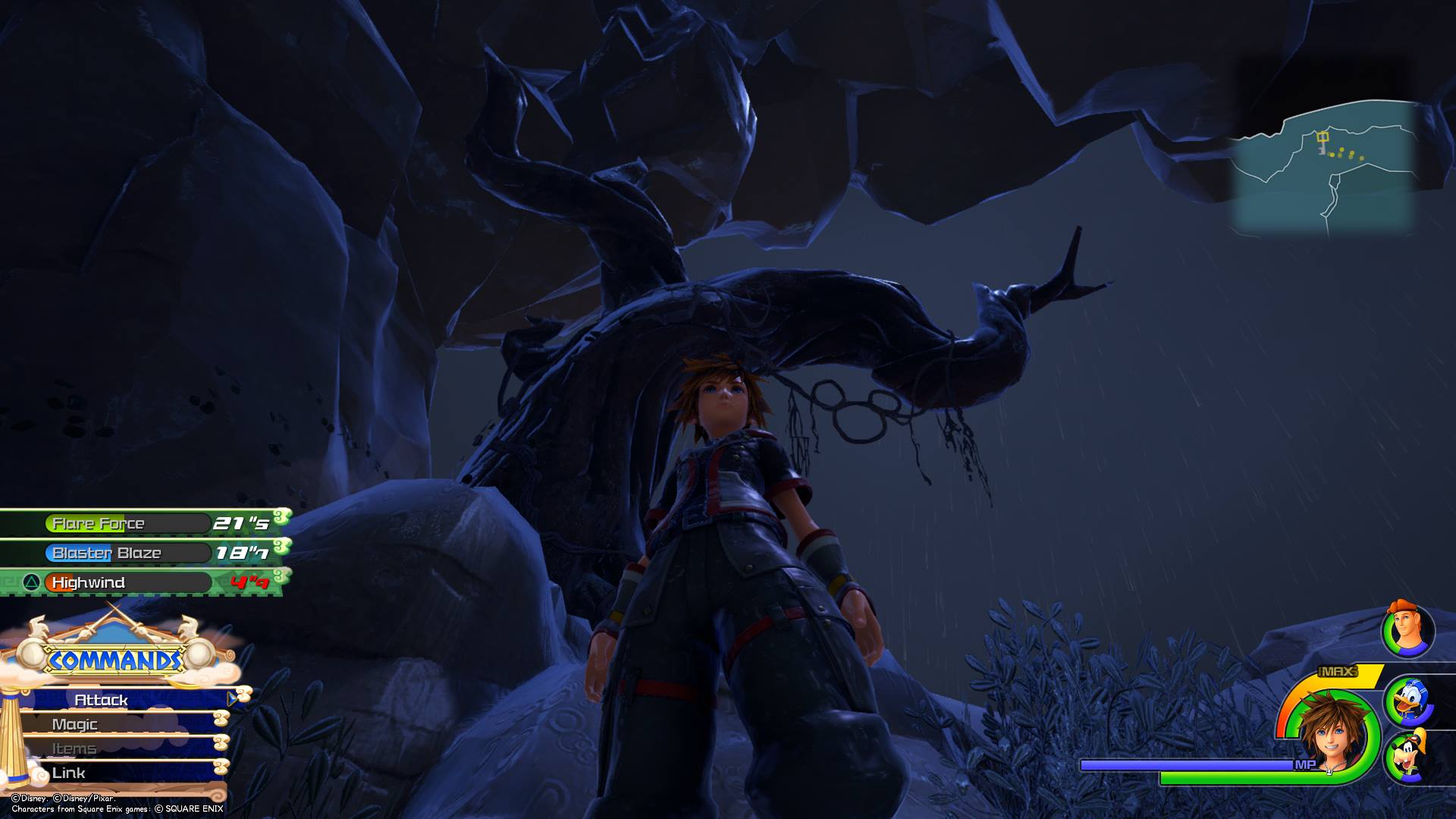 Lucky Emblem #4 can be found formed from vines hanging from a dead tree in the dark, rainy area of Cliff Ascent; Near one of the heartless spawns. 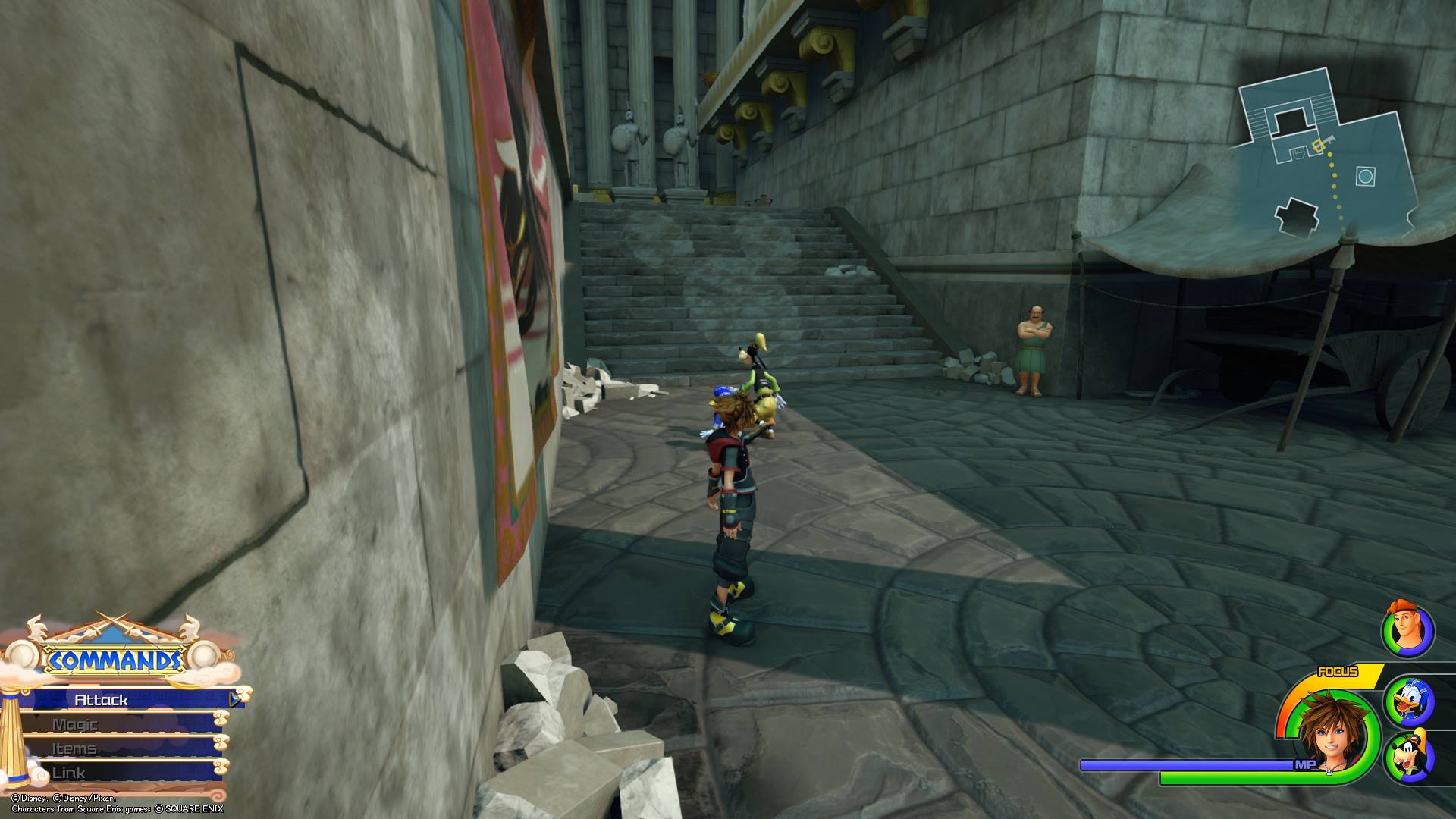 Once Thebes is restored, head to the Agora and look for a building in the back with two sets of stairs on either side. Stand near the middle of them and you can see the emblem in the coloration of the stairs. 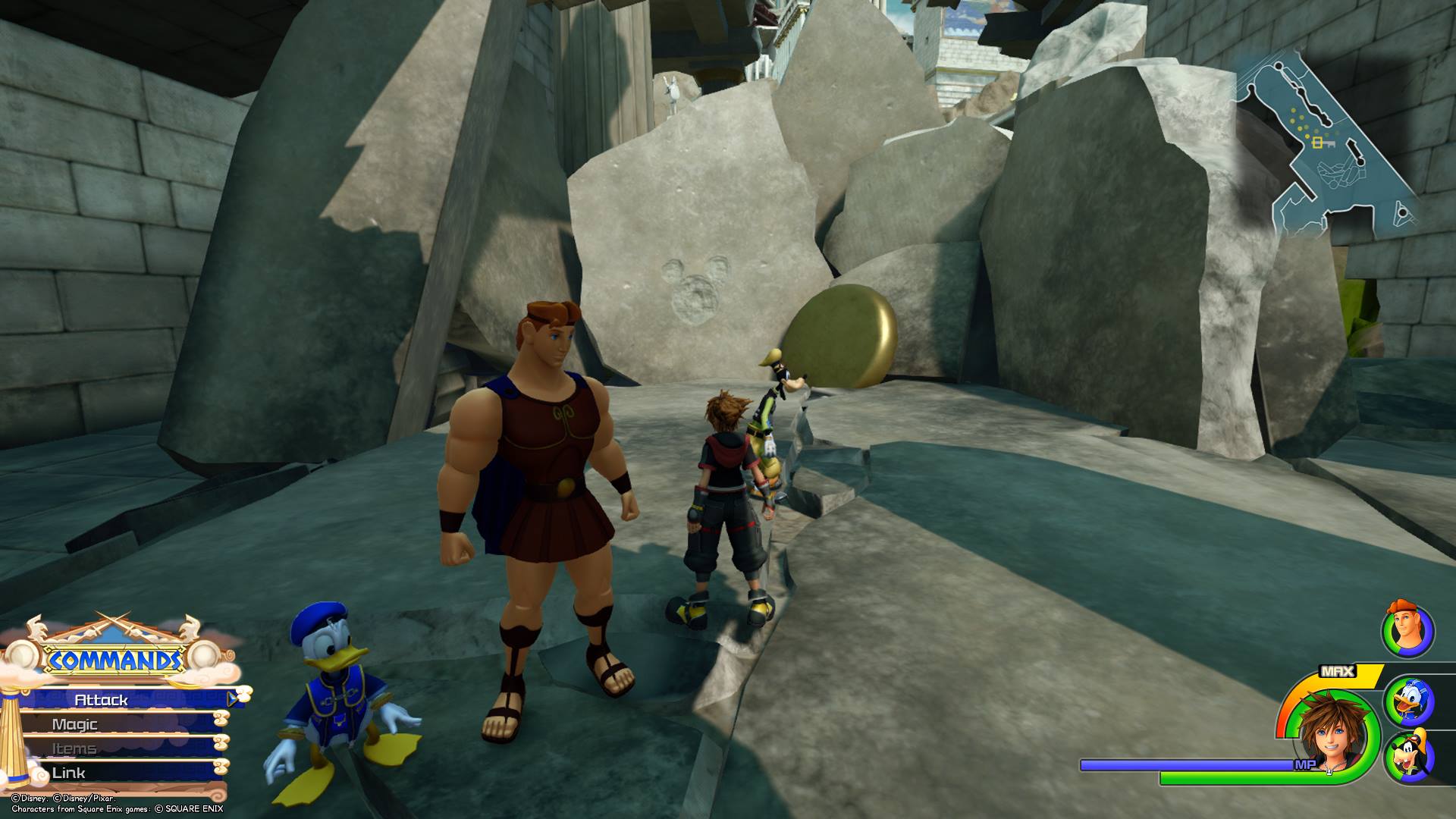 This emblem can be found on one of the boulders on your way to the gardens from the Agora area. It’s a spot that was previously consumed with fire at the start of the game. 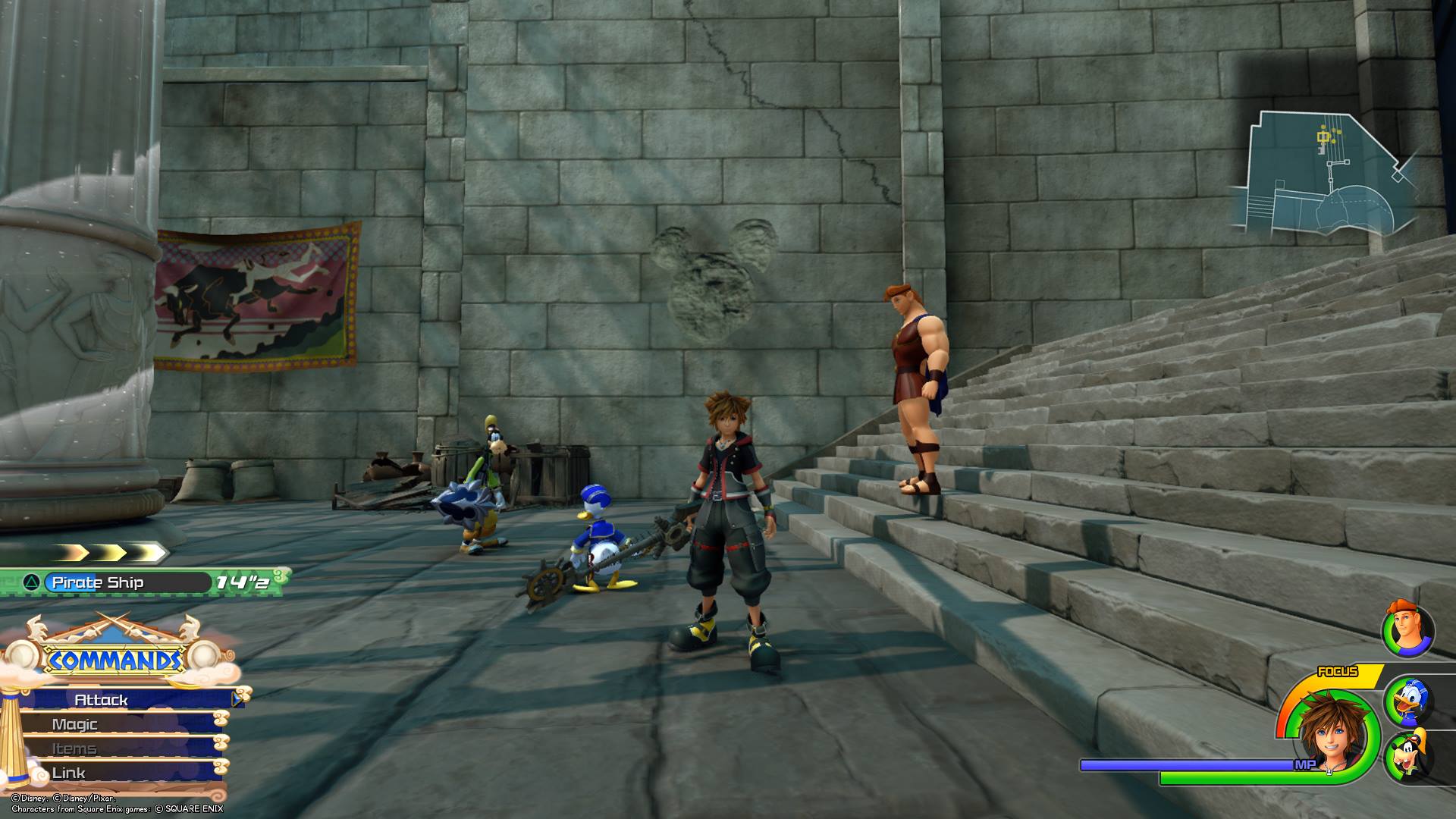 Back in the courtyard, a Lucky Emblem is carved into the wall. It can be hard to spot at first, as it’s outline is a bit faded. 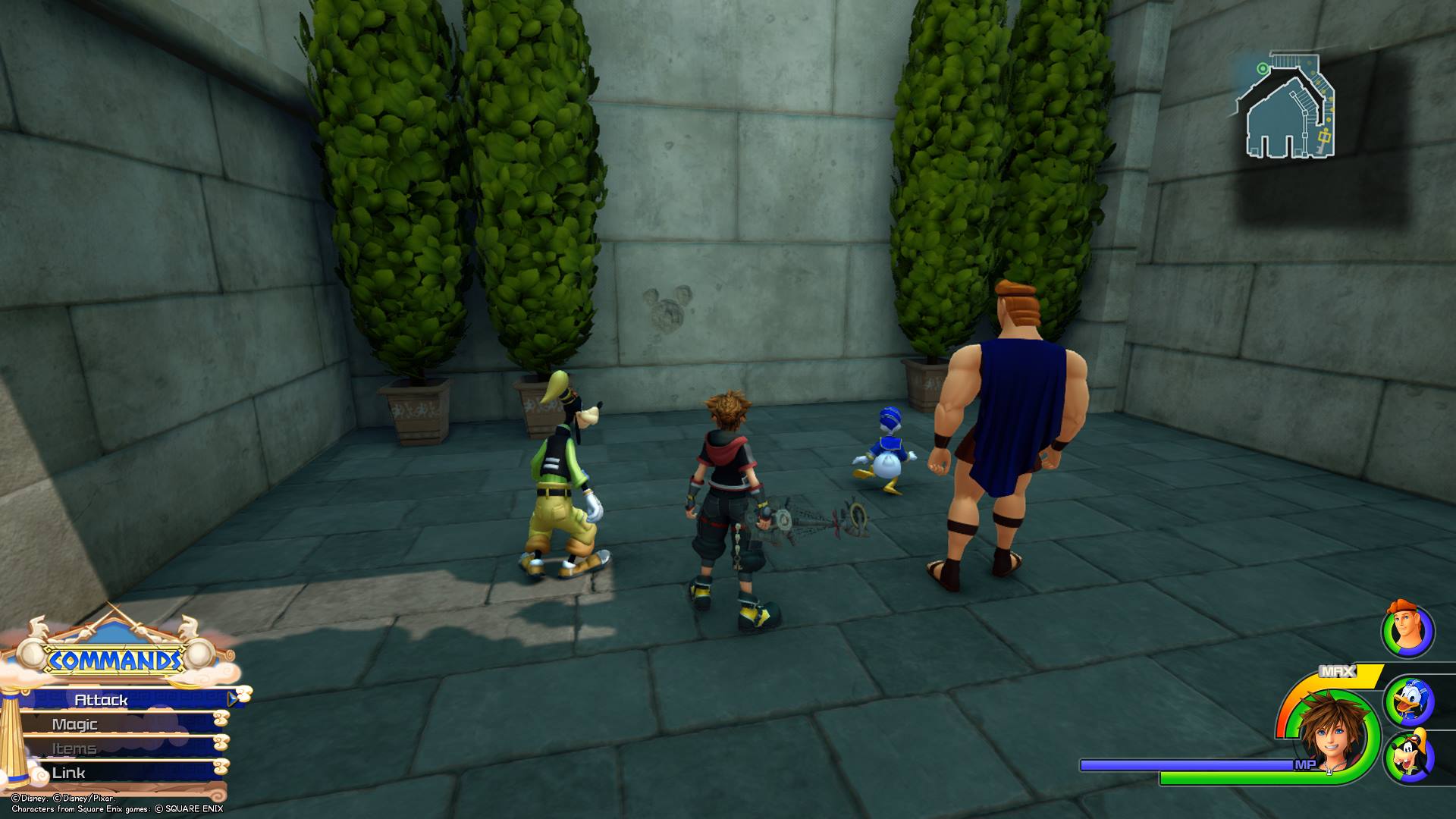 Climb the stairs where the #7 emblem was found and you’ll find this emblem on a wall between two pair bushes. 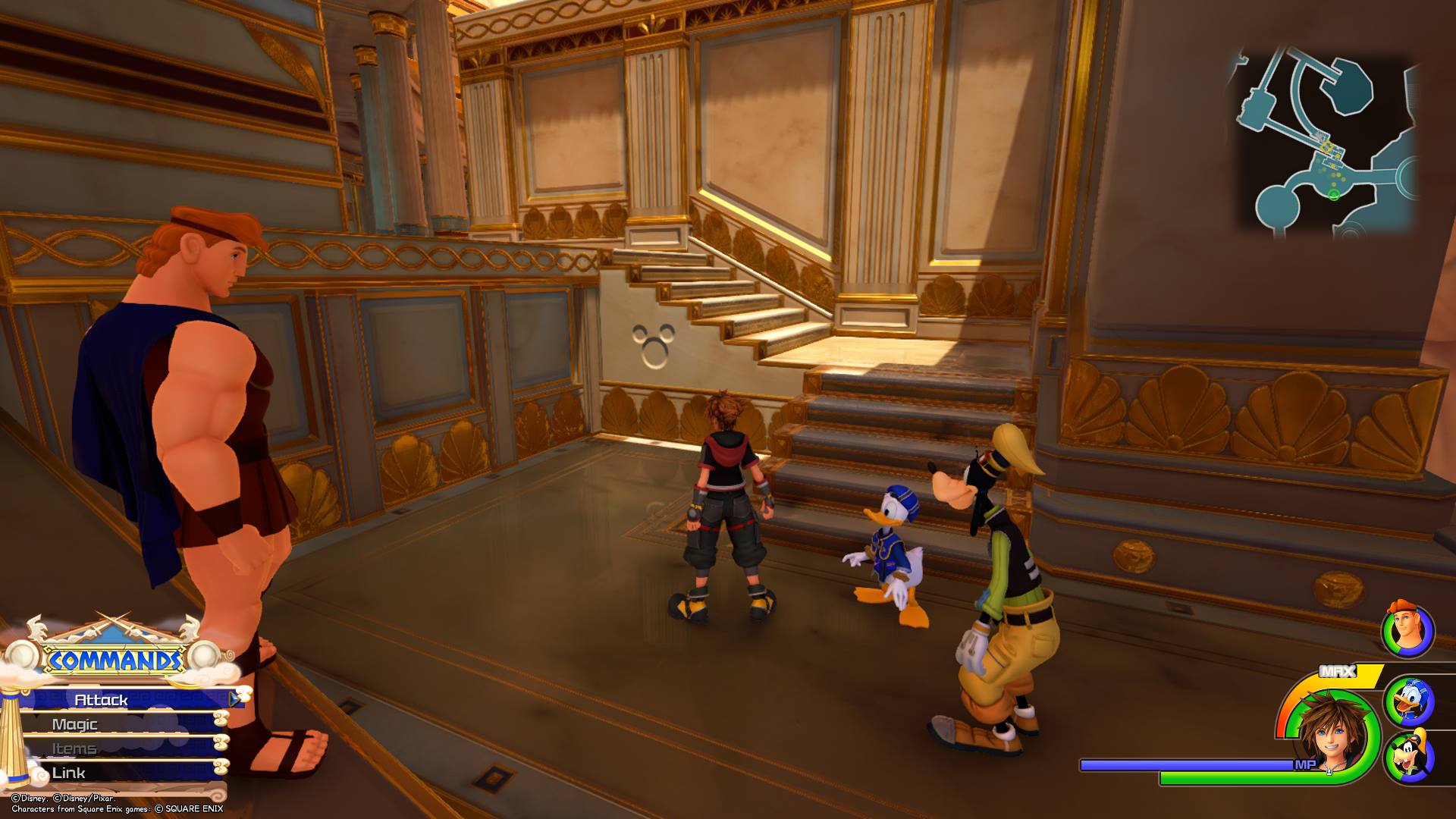 Within the Corridors of the Realm of the Gods, there’s a small set of stairs before a moving waterfall area. On the side of those stairs is emblem #9. 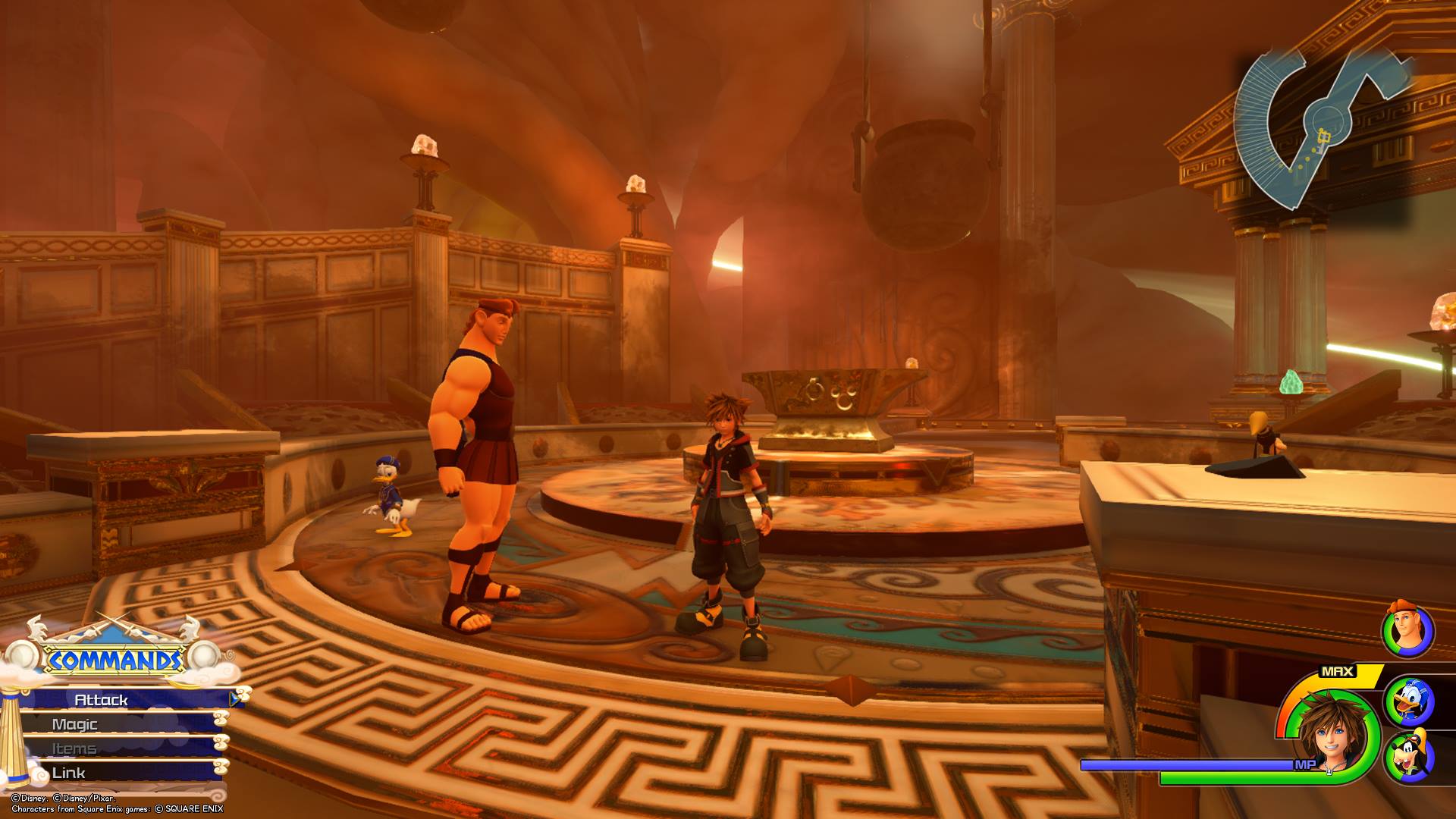 On the side of the anvil is emblem #10. If you follow the edge of the moving waterfall, you’ll fall down into this room. 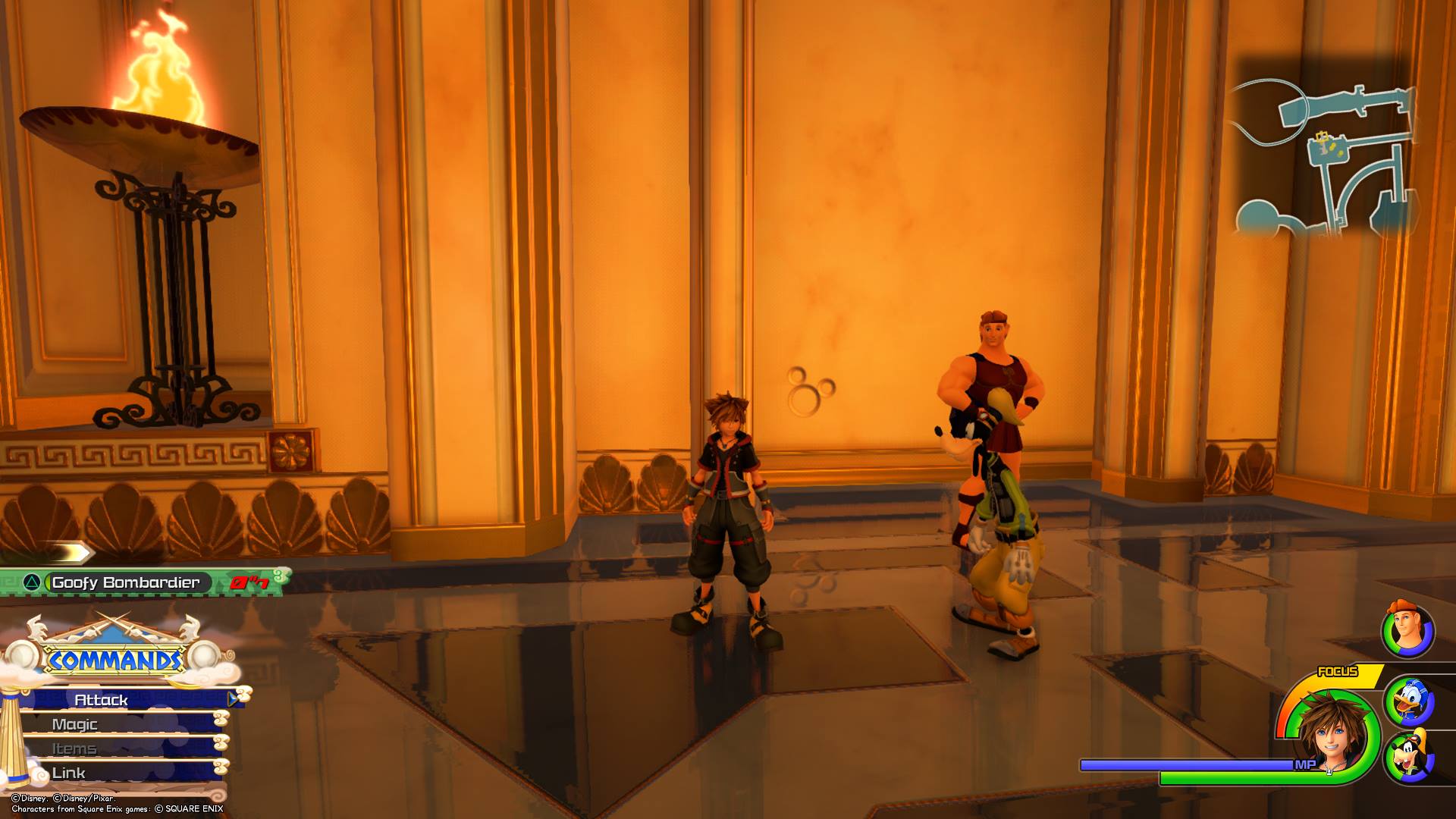 Exit the forge area and after your next heartless encounter, look for two breakable pots along the wall. Smashing them will reveal the 11th emblem on the wall. 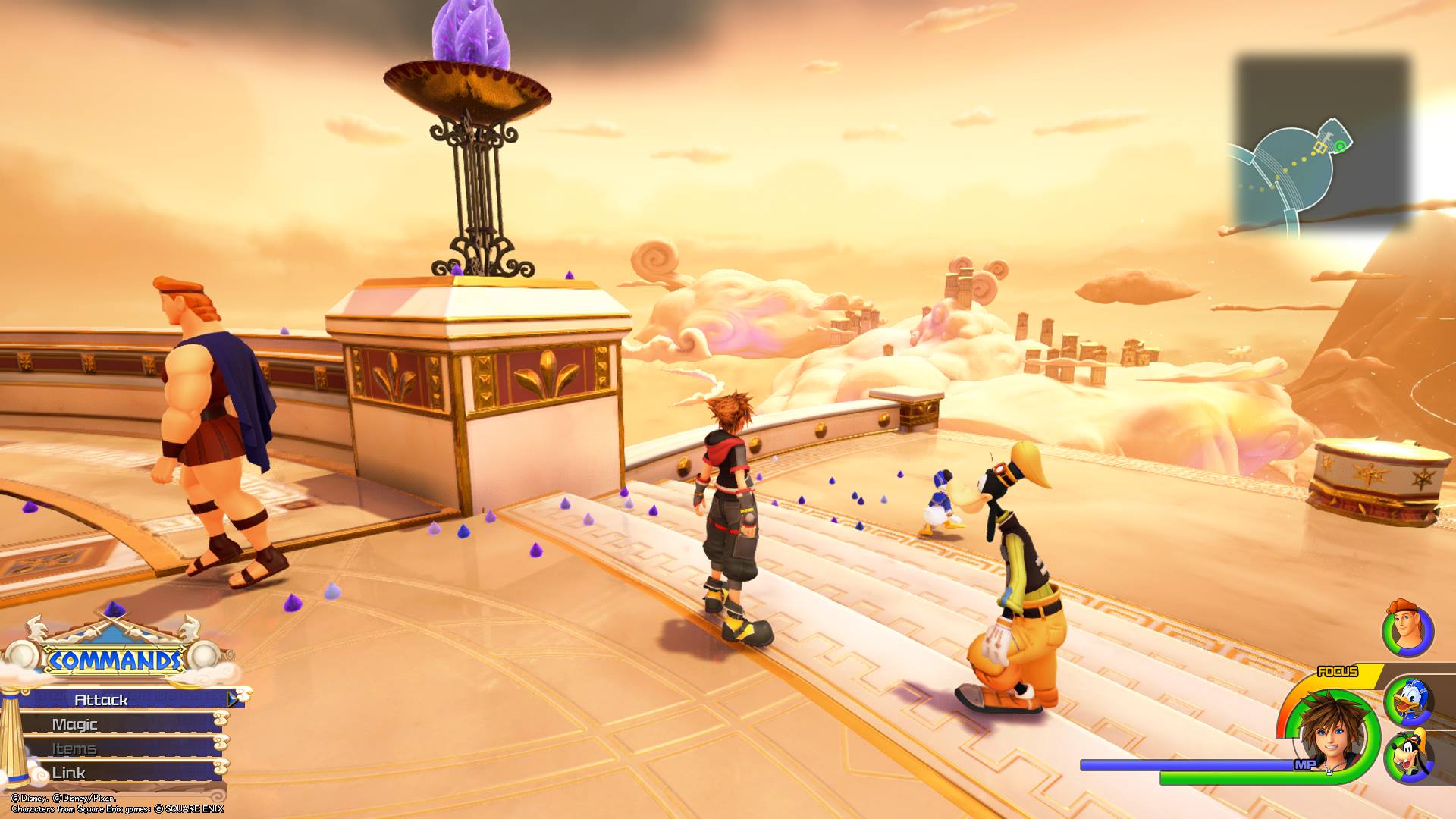 The 12th and final emblem in Olympus is found in an overlook area called Cloud Ridge. You can see the emblem as a cloud formation at the highest point where Zeus hangs out.