On Tuesday, Sony unveiled their next generation console’s controller called the DualSense™ wireless controller, finally dropping the DualShock name that was held since its 1997 debut on the original PlayStation console. The layout is very similar to the PlayStation 4’s but with a far more slick and modern two-tone design. Besides looks, Sony promises that the technology within the hardware will deliver a whole new feeling of immersion in combination with the PS5’s Tempest 3D AudioTech. 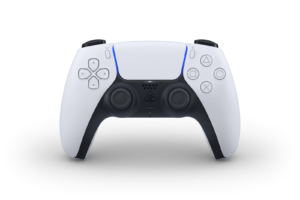 The new controller builds upon the lessons of the DualShock 4 with the adoption of haptic feedback which provides a broader range of vibration levels and sensations. Other features include expanding on the industry-first share button (now called “create”), adaptive triggers, a built-in microphone array, longer battery life, lighter than prior controllers, and even more to be detailed in the future. 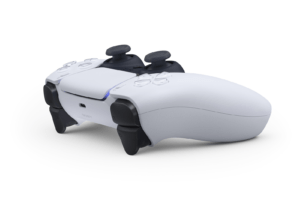 Sony claims to have tested the DualSense controller with a variety of hand sizes in order to achieve the comfort level they wanted and minimize the controller’s distraction with player immersion. Their president and CEO provided the following comment:

“DualSense marks a radical departure from our previous controller offerings and captures just how strongly we feel about making a generational leap with PS5. The new controller, along with the many innovative features in PS5, will be transformative for games – continuing our mission at PlayStation to push the boundaries of play, now and in the future. To the PlayStation community, I truly want to thank you for sharing this exciting journey with us as we head toward PS5’s launch in Holiday 2020. We look forward to sharing more information about PS5, including the console design, in the coming months.”

The PlayStation 5 is scheduled for a late 2020 release and we expect to hear more on its features, console design/specs, launch titles, and pricing within the coming months.