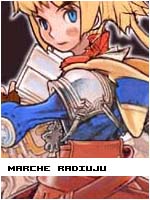 The game begins soon after Marche moves to St. Ivalice, the country town where his mother was born. The reason for the move was twofold: Marche’s parents’ divorce became final after many years of separation, and they had to leave the home where Marche grew up.

In addition, Marche’s little brother Doned found that his illness was getting worse, and the family figured a move to the countryside might be good for him. But when all of Ivalice changes, Marche’s adventure begins. Will he be able to restore the world to the way it was before? 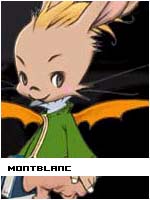 Montblanc runs into a very confused Marche wandering the streets of Ivalice. The moogle quickly befriends him and helps him navigate the strange new world he has wandered into. Thought he may be small, Montblanc is more trustworthy than most and serves as a steadfast companion to Marche. 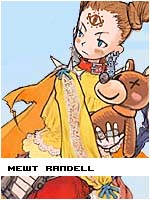 Marche’s classmate Mewt is an odd boy who always carries a teddy bear. Shy and a little precocious, Mewt is often picked on by the other kids at school. Ever since Mewt’s mother became ill and passed away, his father has had trouble at work, and Mewt’s shyness has only gotten worse. The teddy bear he always carries with him was a gift from his mother. When Mewt finds and old book at a used bookstore, everything he knows changes… but is it for better or for worse? 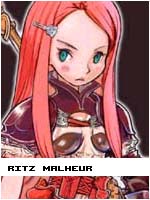 Unlike her quiet friends, Ritz is outspoken and strong-minded. While she excels in both classes and in sports, her independent spirit and firm sense of right and wrong result in most other kids giving her a wide berth. She’s the last person you’d expect to have a secret- one that troubles her more than anything else. When Ivalice changes, Ritz is nowhere to be found… 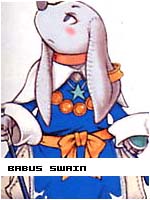 Prince Mewt’s personal attendant in the form of magic. A very serious Nu Mou Runeseeker, his desires are those of Prince Mewt and Queen Remedi, it creates his whole being. 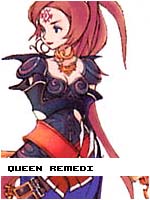 The queen of Ivalice, mother of Mewt and wife of Cid who had passed away in the real world. She makes sure that what Mewt wants, Mewt gets. 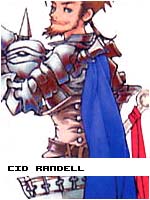 Cid Randell is Mewt’s father. In real life his fell apart after the death of his wife and he began neglecting Mewt. Not only is he Mewt’s father but is also the highly revered Judgemaster. 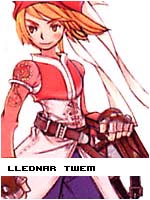 A dark a mysterious young man who appears at the Royal Palace as one of Prince Mewt’s guards. He is a Mageknight with a heart of cold, his sources are unknown and his very existence a scientific anomaly. 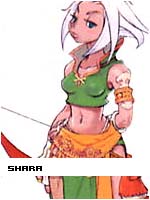 Ritz’s first friend is Shara and is in Clan Ritz. A very serious and proud Viera but also a very kind-hearted and beautiful one. She is quite possibly the most loyal person in the game and offers much guidance and support through out Ritz’s adventure. 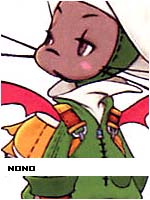 Nono is Montblanc’s little brother. He is fond of gadgets and inventing things that are unimaginable, his airship is just one example. He runs a merchant shop on his airship and it is available after you lend him a hand. 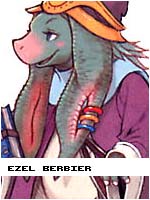 Ezel is a mysterious Nu Mou with a knack for creating Law cards and Antilaw cards through out the land. His genius has led him into many a peril and saving him just once allows you to visit his secret card shop.