Chapter 3: Nuisance in the Factory

The abandoned factory is overran with pesky Lesser Drakes and the Junk Dealer in the area behind Seventh Heaven (accessed through the metal tunnel) is requesting your help in taking them out. He’ll send you to go speak to watch member Narjin who opens the gate to the factory. 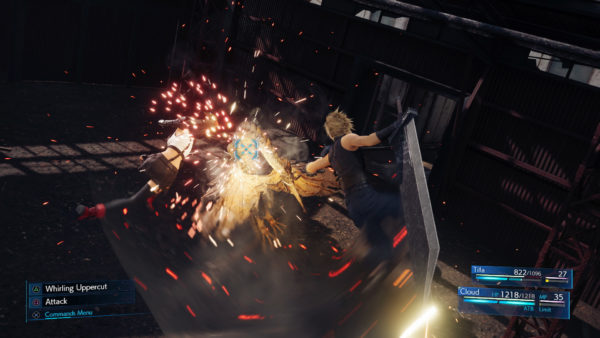 Enter the factory’s first warehouse, destroy the crates along the north wall, then turn west and head west towards a chest with two antidotes inside. Follow the path north towards another set of crates and enter the second warehouse where you’ll fight four Gorgers.

Head north and turn left to find your first Lesser Drake fight. After you kill it, activate the switch to the right of the southern door to open the big door. There’s a chest with two sedatives inside.

Return to the south and take the west path. After fighting Gorgers inside the building, use the switch next to the big gray door to reach the Fire materia. Heal up on the bench and head to the last warehouse where you’ll fight two Lesser Drakes. Kill them to complete the quest.