The Final Fantasy XIV Armoury is the way FFXIV handles classes. Other MMORPG’s have handled classes in a variety of ways, from systems where you choose a class and are stuck with it, to ones where there are no classes, only skills, and you can potentially level them all up fully. The Final Fantasy XIV Armoury system incorporates parts of both of these. There are archetypal classes, however, you aren’t stuck into any one of them. 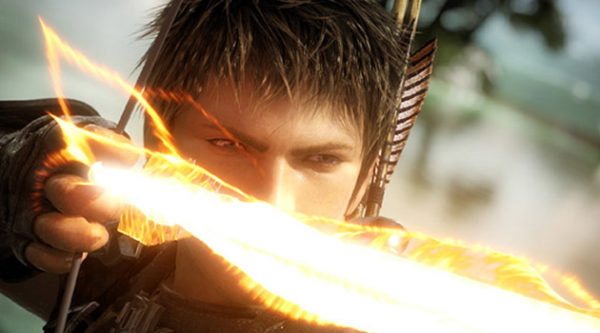 I have played a lot of MMORPG’s, and one of the problems I, and many other players have had, is that it’s really fun to try out the many different roles available in an MMO. The advantage the Final Fantasy XIV Armoury system has over other games with typical RPG class roles, is that instead of having to create an entirely new character to try a new class, you can just swap weapons.

The Final Fantasy XIV Armoury system, keeps the class structure of more standard RPG’s, while also having the freedom of games like DarkFall, to play any role on the same character. In addition to solving the problem of constant re-rolling, it can be immensely fun. It’s great to be able to just change your class any time you want, by equipping a different weapon. Getting bored playing a wizard? Just yank out your sword and whack away!

It also reduces the annoyance of finding a tank, or a healer, that you get in other MMORPGs. Many times while playing World of Warcraft, and similar games, I’ve had to sit around for hours waiting for a tank, or a healer. It’s almost always the case that there are more damage dealing classes than healing or tanking classes to go around, but this largely reduces the problem, though not completely solving it. After all, even if everyone CAN play a healer or tank, not everyone will want to. None the less, if you find yourself lacking one or the other, you can take up the role, while still improving the same character.

In short, the ease with which you can change Final Fantasy XIV classes, and roles, is a great addition to the game. It keeps things from getting boring and reduces the tendency for one or two classes to be vastly over played, while keeping the role oriented play, which is so symbolic of MMORPGs, and rather fun.