The Striking Tree is level 50, 8-man trials. Players need to have level 65 or higher to attain in this battle. The class in your party can be various but it is recommended to have 2 dedicated healers and 2 tanks in your team. 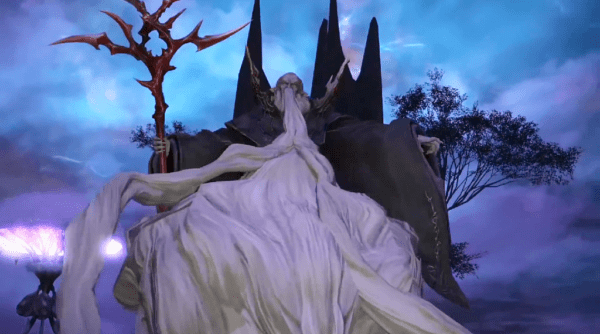 Ramuch can be difficult if you don’t get used to 8-man trials. His attack forms are melee and AoE spells. These wave attacks can easily pick off your tank and melee DPS like Dragoon if they are unaware.

Thunderstorm will assault player and explode in nearby area. You should be aware of this spell as it deals quite amounts of damage. It is recommended not to stick together too much when fighting Ramuh. When the Thunderstorm is casted, lightning orbs will be dropped on the ground. The more orbs in the field the more powerful he is. To counter, assign someone is your team to keep collecting the orbs to weaken him.

Another fearsome spell from Lord of Levin is Chaotic Strike. This spell will freeze random player in place. Running to the Thunderstorm will break your teammate free when they are locked with Chaotic Strike.

Once his HP drops to 60%, Ramuh will summon arbiter adds to attack your party. Those summons will be seen in a straight line. Just focus and avoid this line of incoming projectile. Ramuh will cast Rolling Thunder to tether 2 players. If your friends are tethered, you have to eat to 3 orbs to cancel it.

At his last 30% of his life, Ramuh will spawn some bats which is quite easy to get rid of. His attack will repeat the above. Keep escaping from Thunderstorm, saving stunned teammate, collecting lightning orbs to neutralize his power and give all your damage to Ramuh.