Farming Resources is an expression used in the MMORPG world which means to stockpile several resources that can be later used or sold on the market place for in-game money, FFIXV Gil in this place. The art of farming resources is that of being able to formulate a system with which a player can gather or purchase a great amount of what they desire in the shortest time period possible.

For Gathering Classes, players will build “routes” on specific maps that can be traveled at a predetermined rate, all the while collecting as many natural resources as possible. It becomes a monotonous and tedious task that can prove extremely fulfilling.

Resource Farming may also mean keeping a very strict eye on the marketplace, items that flood the market will drop drastically in price over an undetermined amount of time and it may be a short while before this trend fades and the resale value of the item is boosted back up, if at all available.

At which time the farmer can decide to do one of two things, resell the items at a drastically high price that can be brought back down over time, in the hopes that some of the expensive goods clear before then. The second option is to purchase items at a flooded rate and use them to craft other items, that are more rare on the market and regularly sell for a high amount of Gil. 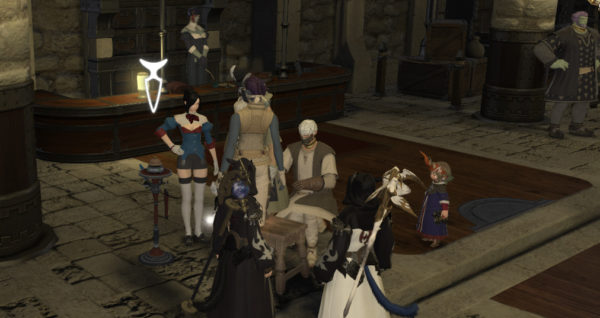 Now it’s time to cover the art of farming Gil. Farming Gil can be done, efficiently in a few different fashions depending on which play style you prefer. However either way, it’s about making the most Gil in the shortest amount of time. The most effective way to make a lot of Gil is done at max level, when you have access to the highest class skills and can farm lower level areas, with ease. What we’ve devised is a system to implement farming techniques while leveling and then the serious grind at level 60. Below is a list of ways to grind Gil, fast as you level up and then the end-game grind will follow. So if you’re only interested in the end-game grind, feel free to skip right to it.

Grinding Gil early on, is really rather difficult. Most methods employed (Crafting, Questing, and Level grinding) can’t even be learned until you’ve completed the “Level 10 Quest” for your Battle Class. Once you’ve gotten that out of the way, you’ll be able to learn crafting and gathering classes. For game-farming purposes it is advised to take at least one gathering class and either alchemy or culinary.

As all of the products of these professions are and will be greatly sought after by other players. Also, pay very close attention to quest rewards, if you’re already relatively well geared, take the monetary bonus instead of the gear, as low level gear is replaced rather quickly anyways. It is wise to try to not have to sell items to a vendor, as they really don’t help your coin purse any. You’ll find that you feel more inclined to purchase items than to sell any. And any crafting items that drop from monsters during your travels should make their way onto the Trading Post Boards, at a competitive rate, or 300% of their “retail value”. This will gross much Gil, specially in the early age of the game, as everything is needed by someone!

The aforementioned is a great way to farm Gil up to level 30, though it can still be utilized as an additional method of farming there are some other tricks available to you, once you’ve reached level 30+. Firstly, with crafting skills (Blacksmith, Armorer, Carpenter, etc.) you’ll be able to start crafting some seriously useful , some to be turned in as Levequest hand ins and others to be sold on the Marketplace. In each Crafting Class list will be a “a” which will signify a fruitful craft. If the Craft is highlighted in gold. Then it is something that will remain popular on the market place! This will assist with choosing which Crafting Classes to level, depending on your end-game goals!

Here’s my system for consistent Gil farming, without having to buy any off of those pesky Gil farmers, unless of course you are one then, well this system wins! 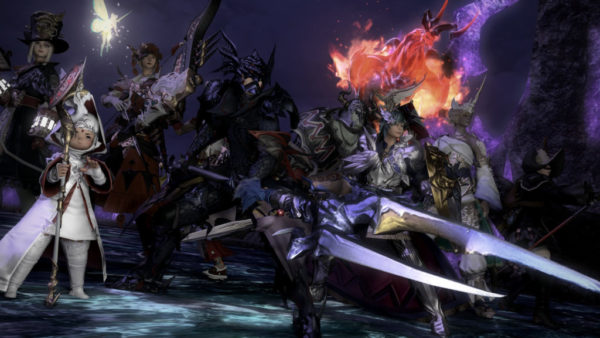 Work as a Team

Working as a team player actually pays! Doing End-game dungeons is a great way to stay in shape and keep the cash flow growing, not only do bosses generate a high Gil drop when defeated, a lot of the items are also good on the market, never vendor high level gear! Run each instance / dungeon and when done, repair your gear and hit the market boards.

Keep a clean inventory, to avoid potentially leaving loot behind, Anything with a Gil value can be sold! Sell the high value items on the market (Gear, Crystals, Resources, etc.) but don’t guess a price, check out other items equivalent to what you are trying t sell and undercut their price by 3%. Going in blind will generate little to no gain, then, do a clean sweep of your inventory, vendoring otherwise worthless items to gain that extra 100-200 Gil. Return to the dungeons list and knock out a few more.

Try not to forget about Guildleves, Some of these are a serious life saver. It’s ok to go a day or two without doing them, if you simply don’t feel like it but some of the gathering and crafting Guildleves take only a couple minutes and generate an immense amount of Gil over a short period of time, so it does, in the end pay to level up a profession or two. Knock out the Guildleves and move on to the next step!

There’s no doubt that you’ll get your gathering or crafting Guildleves down to a science, but here’s some help. Gathering, always take difficulty level 4, it never gets too intense specially if you’ve acquired a mount to travel from node to node. Try to accept as many Guildleves as you can and knock them out all at once, before returning to the Levemete. Crafting, you really want to try to focus on the HQ turn ins, they can generate up to 300% more in rewards. So, once you’ve handed in all of your Guildleves you’ll most likely have some NQ items that didn’t make the cut, left over. Get over to the market place and post them for 300% of their retail value, if none are present or 3% less than the existing items of the same description for sale. This will ensure quick sale and thus, you are not holding onto a bunch of the same item that you’ll end up having to vendor.

Crafting items that are in high demand is a great way to make some quick sales, it is also wise to advertise! Let others know, in your guild or in general chat that there are some rare sought after items for sale. Or, sell your services. Players will pay a pretty Gil to have a Master (Crafting Level 50) Armorer make them something specific, to avoid being cheated by Market Place prices and to avoid having to level the class themselves. So really try to spread the word! You do have the option to simply apply your advertisement to a macro and dragging the macro to your action bar.

Track of Resources on the Market Board

It is also nice to keep track of resources on the Market Board, if the stock is dwindling, post up some resources you don’t need at a competitive rate for some very quick return, if something catches your eye it may be worth farming that specific resource. For Resource farming and mapping routes check out each of the gathering classes on how to go about it properly.

The Market board, this is your offline Gil gain, as the market will keep track of all items for sale even when your characters are offline, so it’s generally a good idea to post them for as long as you can and don’t even worry about it until you’ve received some mail about sales. Remember to keep your inventory clear of items you could be making Gil off of on the Market.