These are kind of like tickets that you can use to join in on a bunch of different quests that are known as levequests. There’s an Adventurer’s Guild in every city-state where you can get them. After creating your first character on beta, you’re introduced shortly after to your first levequest.

One cool thing about the Guildleves, is that they are only seen by people who are on the levequest. This is great against random players who are clearly not on the same levequest but decide to mess with your item or mob. Navigation is pretty easy too, as little marks appear on the main map to help tell you where your objective is. It’s also shown throughout the time the levequest is active.

If you happen to die during your levequest, you can continue once you return to your home point. But, if you move to a different zone or logout during the levequest, then you’ll fail the levequest. 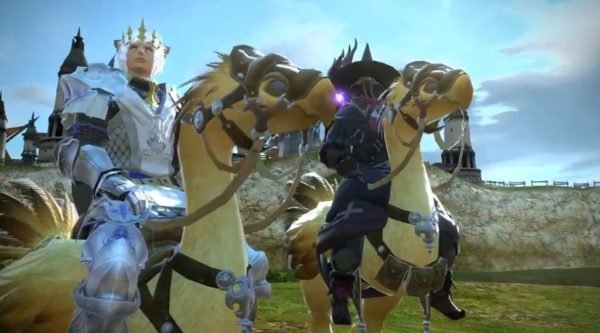 To increase the gil rewards of the same Final Fantasy XIV guildleves, check on the list of guildleves and look for “1+” to exchange leves. If the reward is an item, it’ll be highlighted. If there’s a “0” there, exchanging leves won’t impact the rewards.

There are some problem with the guildleves. For one, there is an absurd cooldown of 48 hours for the guildleves. Considering the rewards, that cooldown is too long. There is really no option to abandon leves either, unless you want to initiate the 48 hour cooldown. So, if you happen to get disconnected from the game (or forced to logout because of a bug), you’ll have to now wait 48 hours. To advance, you are almost forced to do crafting leves, whether you want to craft on your character or not.

The Final Fantasy XIV guildleves are a reminder of Square Enix’s love of mini games in the Final Fantasy series; however, guildleves appear to be an important source of advancing your character and at the moment, the problems and limitations noted above seem to hold characters back instead. The cooldown issue is the most perplexing because this newer Final Fantasy game is supposed to be a more casual version of its counterpart. If not fixed, they might be an annoying feature of the game.