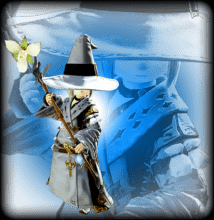 A conjurer is one who uses natural elements to cast spells. Typically, they will use a wand or cane made from unworked wood as a point of focus for concentrated aether. Conjurers are also skilled in restorative magic and sought after for healing.

The Conjurer in FFXIV is the class of choice for those who want White Mage with some umph. A great support character in the early stages becomes the White Mage job of later game play. Conjurer not only has strong healer but also crowd control and great buffs.

Playing the Conjurer relies heavily on the attributes of Mind and Piety. Mind will give strength to your Healing spells and Piety will give the MP to continue to keep your friends up. During Character Creation the races with the highest stats are Roegadyn Hellsguard (Mind +22/Piety +20), Miqo’te Keepers of the Moon (Mind +23/Piety +22) and Lalafell Dunesfolk (Mind +22/Piety +23). There are some other races and sub races which have decent amounts of one or the other. Look at the Jobs to plan out what you want your endgame character Job to be to plan best.

As you progress in levels, your base class has the option to build in to a hybrid class called Jobs. The Conjurer has a few options for Jobs. The Primary Job is White Mage by meeting the Conjurer level 30 and Gladiator level 15 requirement. White Mage takes fully the healing capabilities to the forefront.

Other Jobs can be: