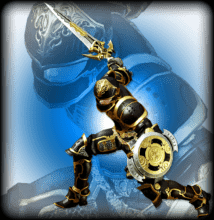 Gladiators are the tanks of FFXIV. They specialize in one-handed weapons such as longswords and rapiers. Gladiators also make good use of shields to protect themselves and party members. They are skilled in both offensive and defensive techniques. Another benefit is their ability to draw attacks.

The Gladiator class is a class you select when starting the game. You are also able to become a Gladiator once you reach level 15 in the story quest and go over to the Gladiator guild, which is located in Ul’dah.

When it comes to the best Gladiator race, STR and VIT are the best options. These two races provide the most potential options, it really just depends on if you want to be a Hyur Highlander or a Roegadyn Sea Wolf. The Hyur Highlander comes with 23 STR and 22 VIT while the Sea Wolf is a 22 STR and 23 VIT, so it really just comes down to which character you want to look like.

The best stats to build up as a Gladiator are the VIT, which is the HP pool, or STR, which is for both damage and Aggro.

Of course, your best bet for leveling up fast is to engage in as much combat early on as possible. While you are going to be weaker (which makes it necessary to purchase and pick up as many health supplements as possible), you need to attack smaller animals and other creatures. While these do not provide a large number of XP, it is going to build up fast. The faster you build your class up the quicker you are going to grab new weapons and abilities.