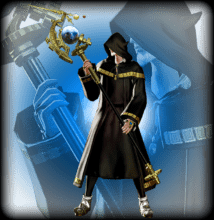 The thaumaturge is a fearful sight. The same way conjurers are able to call upon aether in the elements, a thaumaturge calls aether from within. They then concentrate the aether in a medium stone housed in a staff and release destructive spells and deadly curses upon expecting enemies.
ffxiv thaumaturgy

If you choose to be a Thaumaturge, you are going to have command of different spells and multiple elements. This character is more spell and potion based than combat based, and while it has the largest available MP in the game, it also has the smallest HP pools among all of the available classes, which means you will have to take out your enemies from long range. The Thaumaturge defenses are incredibly weak, so it is necessary to build up the XP of the character quickly in order to improve the spell crafting power and ability.

If you are looking to become a Thaumaturge, the best character races for the roll includes the Azeyma or the Nald’thal. In order to earn money and XP faster, you will need to take up jobs.

The best crafting and gathering jobs for the Thaumaturge include becoming a Weaver, Goldsmith and Botanist. You can also focus on mining in order to improve your XP quickly. There are other jobs that you can only obtain through the Thaumaturge Guild, and this includes the Black Mage, which you must obtain a level 30 ranking in order to do so, or the Bard, which means you have to be at level 15.

While playing as a Thaumaturge, you need to focus on building your INT, or increases magic damage stat, as you need to be able to take out enemies from long range and this requires powerful spells. You also should build up the VIT, which is your HP Pool, when you can, as you will already have limited life.