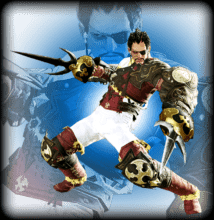 The pugilist is a master of hand-to-hand, close-quartered combat. They wear light, if any, leather armor for ease of movement during combat. They are highly dangerous unarmed; however, pugilists will also make use of small weapons made from metal or leather. They are best in close proximity.

Players that choose the Pugilist in “Final Fantasy XIV,” will experience an incredibly powerful close-fighting class, that is capable of turning into one of the strongest characters in the game.

The Pugilist specializes in close quarters, hand-to-hand combat, and once it obtains the Monk Soul Crystal, he can become a Monk. A Monk may seem like a weak job, but your Monk can tap into the spiritual realm to enhance its physical attacks. Elemental fist attacks are the most common Monk attack, although it also opens access to the Lancer and Archer skills.

The Pugilist has a strong variety of physical skills, each of which can be combined into powerful combo attacks. The most basic skill is the light strike. This deals blunt, hand-to-hand weapon damage, and increases physical defense and evasion. More powerful basic skills include the heavy strike and concussive blow. Defensive skills include second wind, which restores your health, and taunt, which causes enemies to attack you, instead of team mates.

Focus on increasing your speed, attack power, and physical accuracy stats. Speed is especially important, as it helps you evade attacks more effectively, and lets you string together more combos. Evasion and defensive stats are important, as you need to avoid as many attacks as possible. The Pugilist can’t handle tank-like levels of damage.

The Pugilist works best as a front-line character, that can move between enemy tanks. He is especially powerful in 8 vs. 8 combat, as he has more targets to strike. A good strategy with the Pugilist is a “stick and move” tactic, wherein you attack an enemy, and then move on to another. This is especially true if you are attacking large, but weak, groups of enemies or enemies that are near death.